The biggest and best in ship repair, maintenance and conversion for 37 years.
You are at:Home»Feature»Face the Facts feature: Juan Cuenca, Astilleros del Guadalquivir shipyard

Juan Cuenca is Operations Director of the shipyard Astilleros del Guadalquivir in Sevilla, Spain. He is an English citizen, and was born to Spanish parents in 1969, in Ashley, London. He graduated as a Marine Engineer and has, over the last 20 years, developed his skills worldwide in the maritime field. His focus has been on ship repairs, ship management and diving operations, and as such he worked in several countries (Chile, Hong Kong, Peru, Singapore, South Korea and the US).

He is adept at leading teams, introducing new corporate initiatives, and successfully driving local and international business development efforts. In addition, he has a Level 2 commercial diver license with proven expertise for underwater surveys. Using superb management skills, he has handled large-scale projects for major global companies, including Cepsa Spain (SBM in Algeciras), Euronav, Hydrex, Maersk and Thome, with direction and oversight of up to 250+ personnel. He is a strong analytical thinker, and is an effective negotiator with ability to cultivate profitable relations.

At the end of February 2017, the Pulchra Mare Group acquired the shipyard concession for Sevilla, which includes the drydock, quay, the buildings, and corresponding facilities. The Pulchra Mare Group is a
Slovenian-based company with international backing, with its regional operational office based in Algeciras, Spain. Given the growing market, and geographical potential due to the proximity of the Straits
of Gibraltar, the group searched fora platform to initially develop s hip repairs, and then the potential for new building in the long term. The shipyard of Sevilla was deemed to be that suitable candidate. 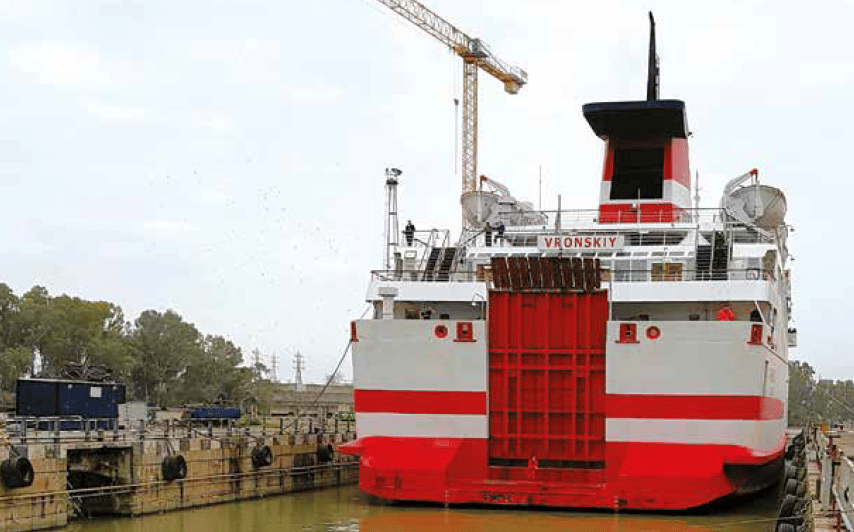 Q. What was the thinking behind the acquisition by the Pulchra Mare Group in February?

The Pulchra Mare Group acquired the shipyard in Sevilla at the end of February 2017. Actually, the group acquired the graving dock for vessels up to 140m, a small slipway for vessels up to 60m, 150m of quay and the south wing of the management building of the former shipyard. The intention behind this acquisition was to diversify the group’s activity, and increase the turnover in the maritime field. In addition, this was a
good opportunity to give the shipyard a new change. Last but not least, the area of the former shipyard in Sevilla will become a free zone, which will increase our commercial potential.

Q. Has anything changed since the acquisition?

Since it acquisition, the general image and relationship with the harbour players has
significantly improved. The shipyard is now an active part of the harbour, and provides services in its facilities, the harbour, and the surrounding area close to Cadiz.

Q: Do you have any plans to upgrade your facilities now, or in the near future?

Since the yard has been taken over, major upgrades have been done. The main ones are
related to our most important tool: the drydock. There the gate has been provisionally
revised, the dock and drainage system thoroughly cleaned, and the pumps are presently being
revised, one after the other.A tower crane has been erected at each end of the
dock, and the shipyard has been totally fenced in as per the ISPS code. The remaining
residues from the past have been duly disposed off, and the building provisionally arranged in a way that normal work can be performed. In the short term, the gate will be revised, and the quay area
shall be dredged to a minimum depth of 6m. In the medium term, workshops will be installed, and the
building duly accommodated. In long term, the pumping capacity of the dock will be
increased, and additional quay capacity captured.

Q: 2016/2017 has seen some improvements in the shipping industry, but what has it been like for
your yard in terms of ship repair/conversion works?

The start in March 2017 has been quick, with the docking of the 130m Ropax vessel, Vronskiy. This was followed by the Ropax, Poeta Lopez Anglada, the split hopper barge Omarsub, and more recently in August, MSM
Dolores. Looking forward, we are maintaining relations with the former clients and capturing new ones, spreading into the international market.

Q: Are you looking to diversify into any other markets?

We are focussed on dry dockings, afloat repairs and conversions. However, we are looking at the newbuilding
market, where we are already quoting for projects up to 40m,and glancing to technically
extensive vessels. Last but not least, we are actively developing ship recycling capabilities in cooperation with professionals from the sector.

Q: What do you regard as your yard’s main (ship repair) strengths?

Our main strength is the flexibility and attitude of ourpeople, which is 100% customer orientated. We are also open to new solutions, with the view of giving the client maximum satisfaction, with minimum cost. 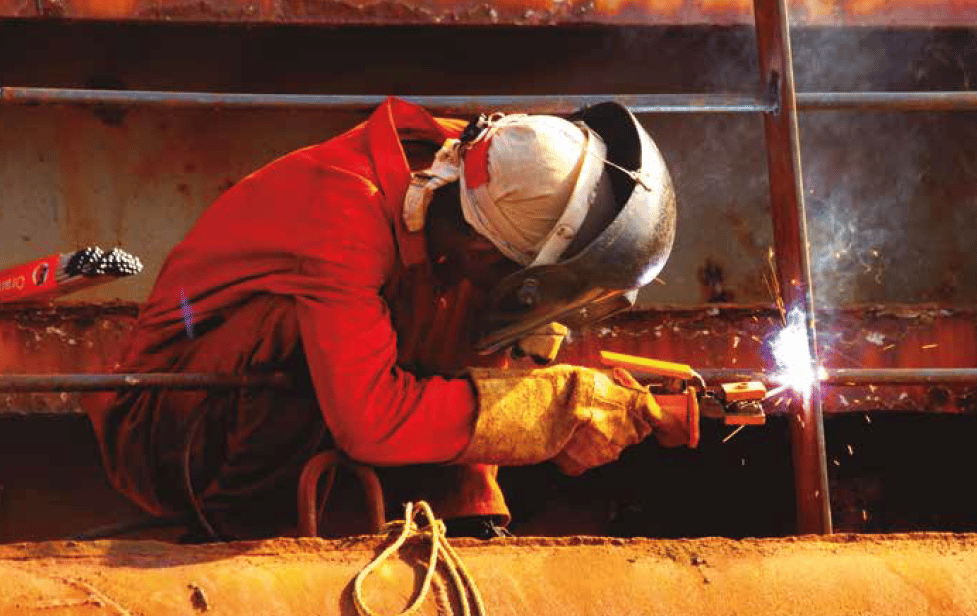 Q: Who do you regard as your main competitors and why?

Deviation costs and freight availability mean that nowadays we are also facing competition from shipyards which are not close to ours. Similar to the aviation industry, ship owners are trying to get vessel
downtime to zero, and are looking at generating turnover on each mile sailed.

Q: Have you seen increased activity in the number of enquiries/orders for the fitting of ballast water
treatment systems and scrubbers?

There have been more inquiries, but since the freight levels are still low, only a few owners are considering this matter ahead of the horizon.

Q: How do you see the future in terms of ship repair activity, both for your yard, and in more general terms for yards in the region?

In the long term, the market will again settle back to normal conditions, but competition will remain. Only the shipyards which evolve using technology, to reduce costs and improve efficiency, will have the best chance of surviving and profiting in the future.